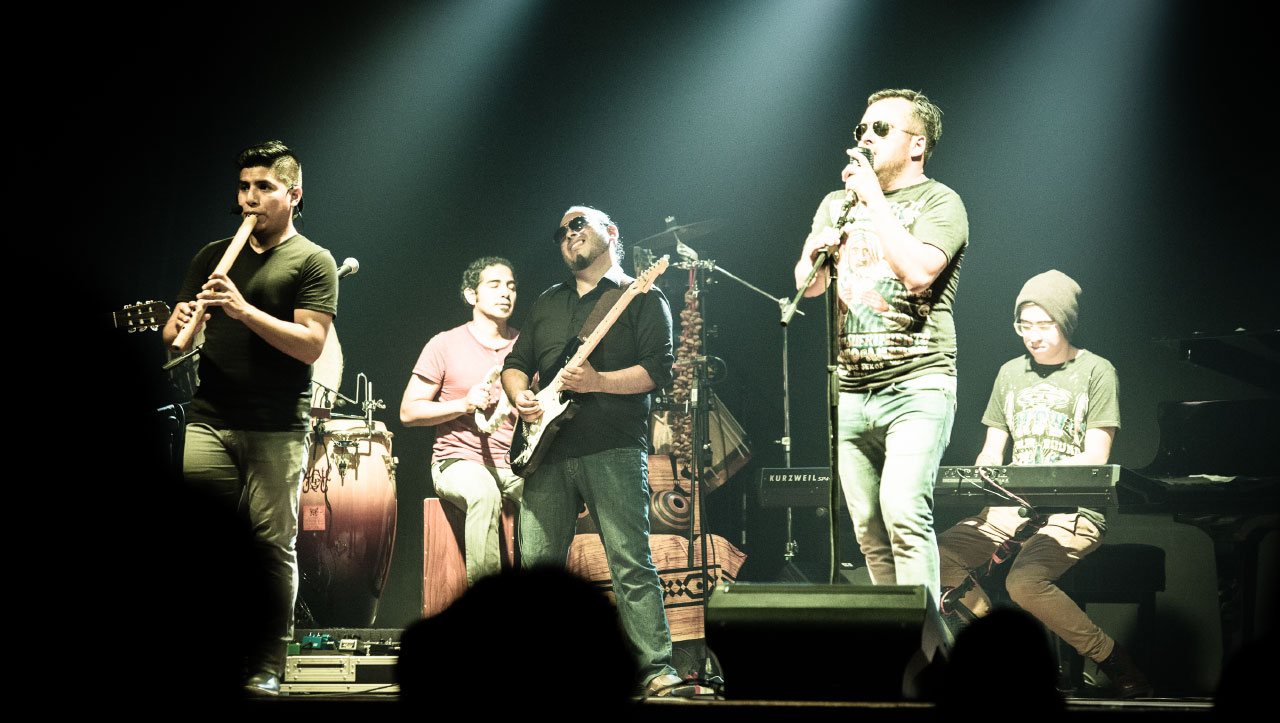 Los Últimos Incas (The Last Incas)Los Ultimos Incas' sound reflects the sound of the new Peru, the emerging country that is proud to have a mix of flavors, cultures and hearts. The sound of a country that makes it possible the communion of its millennial culture with the contemporary world. As they state in their press conferences, Los Ultimos Incas are not only "the last Incas" (as the name means from its literal Spanish translation), but they are also - as we all are - "the latest Incas", an improved version of ourselves.  The band has also released four CDs: Los Ultimos Incas (2000), Hecho en Peru (2003), Los Ultimos Incas en vivo (2007) and Naturaleza Luminosa (2011). They have won rave reviews about their last work ¨Naturaleza Luminosa¨, which was recently released and presented during their tour to Chile on November 2011.